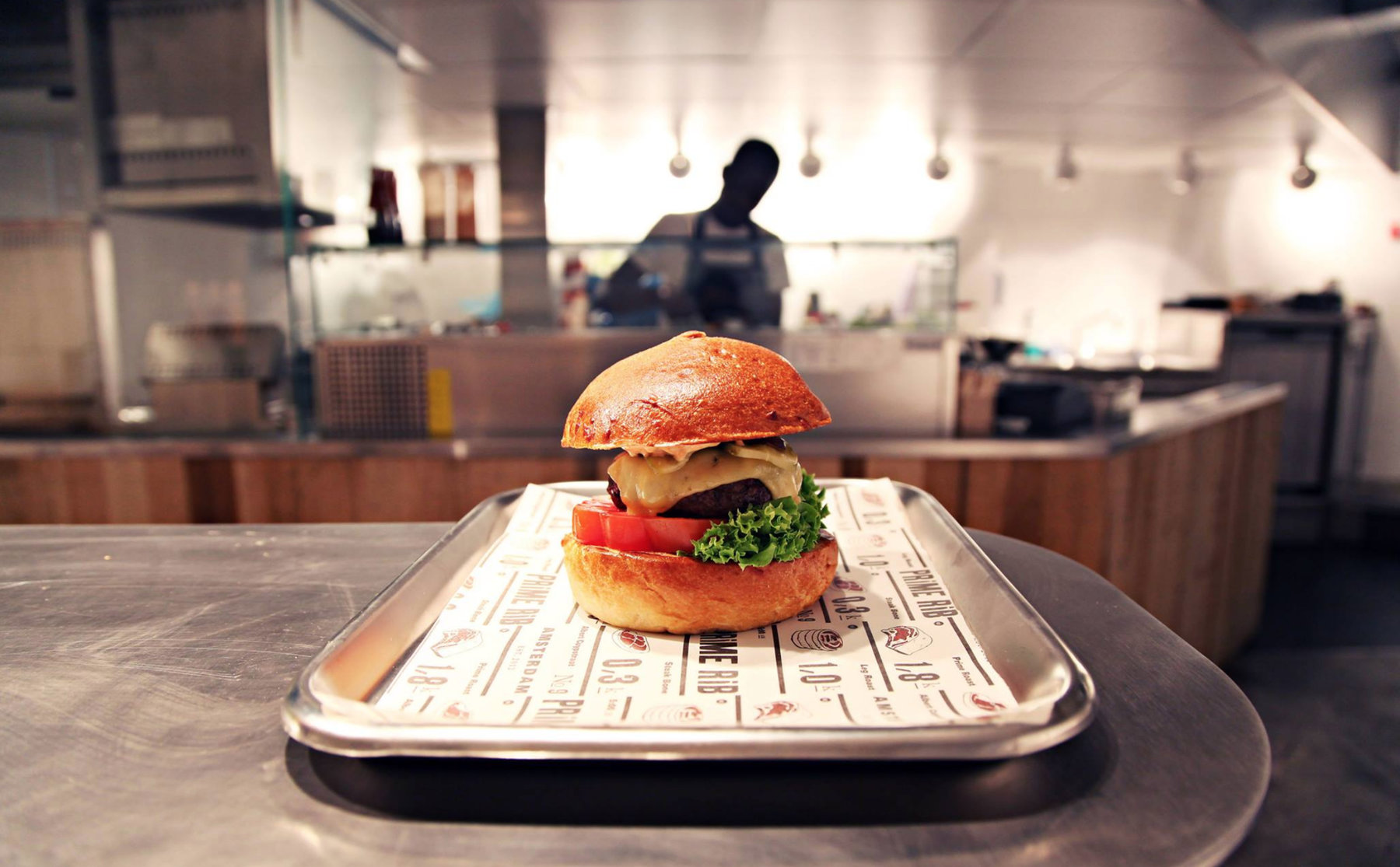 You know who it is

If a burgerjoint is called “The Butcher”, there’s not much that can go wrong anymore. Especially if the interior makes you feel like you’re in the butcher’s basement. Hidden in the “Albert Cuyp straat’’ lies this tiny carnivores’ cave. You can’t miss it though, there’s a freaking upside-down cow in the window! (Just so you know what you’re going to be feasting your face on). All of the fourteen equally-bloody-delicious burgers are prepared on a wood-fired grill. But there’s one that stands tall from the rest: The Daddy.

The Daddy carries 250 grams of prime Aberdeen Angus beef, topped with melted Edam cheese, streaky bacon, BBQ sauce & grilled onion. A finger-licking ground round that comes with a warning: watch your fingers while eating. Still too amateur for your fancy? You can always top up this already monstrous meat machine with some tasty extras such as jalapeños or a sunny side upper? Choose from 5 different sauces to finish off this killer beef bun. One tip: order a side of chicken popcorn - you won’t regret it.

While the first Butcher opened up in the “Albert Cuyp Markt”, a second one has launched in The “Foodhallen” in Amsterdam West. In 2016, two more joints will start feeding the capitol, plus they have a “Butcher-on-Wheels” roaming the streets during summer. Oh…and apparently Germans and Spaniards have adopted the concept too, with an outlet in Berlin and one on Ibiza.

Postscriptum: The Butcher on the “Albert Cuyp" is situated in front of a speakeasy cocktailbar. To enter you need a meaty password that changes regularly. One more thing: if you’re too lazy go out, you can order in.