Get ready for some burger cravings. 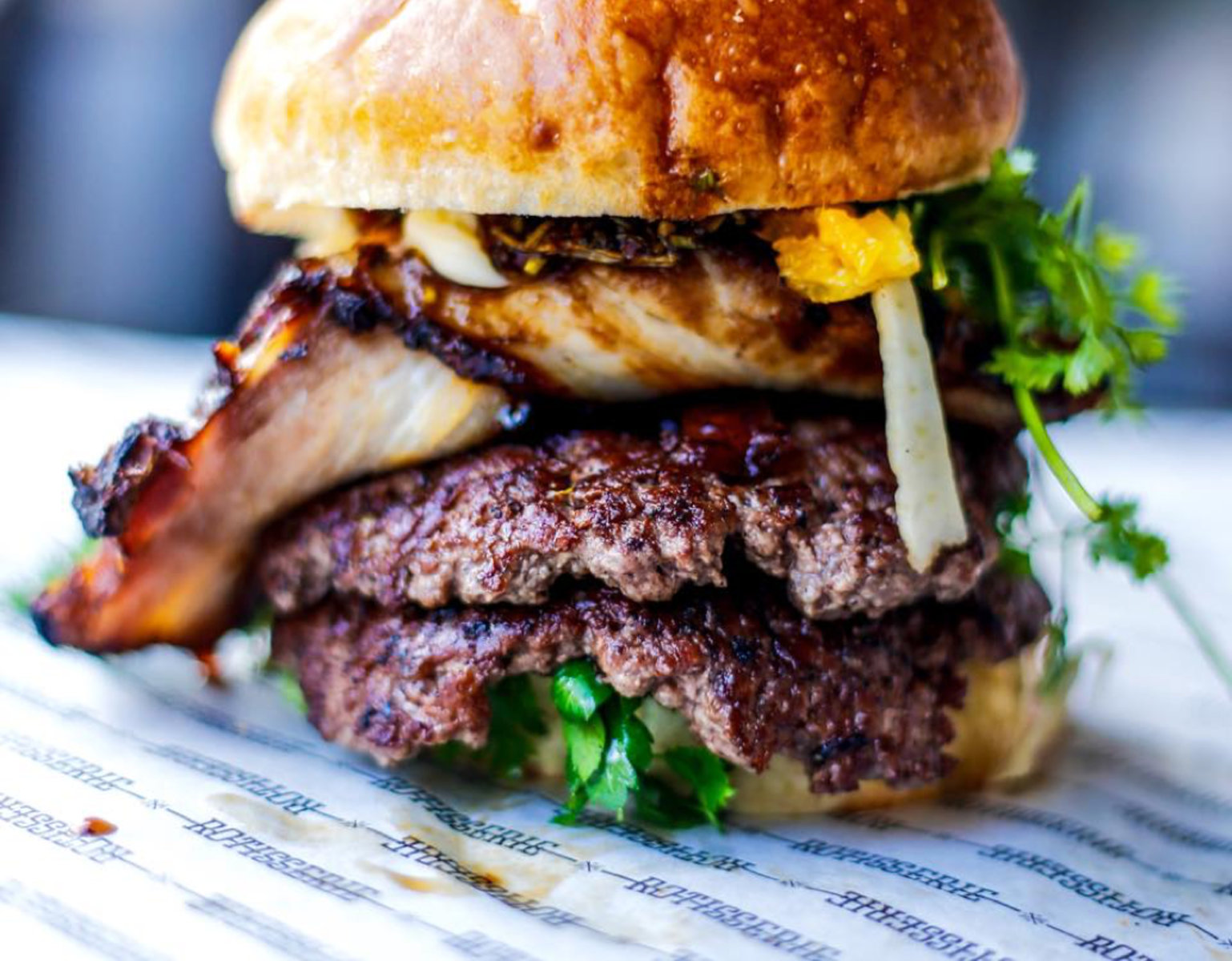 Two Patties is a party

Although the menu legitimately incorporates the famous ‘Royale with Cheese’, it’s the “Big Double Dirty” that prickles the tastebuds: two solid Mrij beef patties, tomato, lettuce, homemade pickles and secret sauce. It’s what you would expect to be on a classic burger, but often enough done wrong. Not at Rotisserie though, the chicken Mecca that grills their burgers on a wood fired grill appreciates its basics for its burgers.

Next to Rotisserie West in Amsterdam West there’s a Rotisserie East, logically located in Amsterdam East. Both real go-to places, not only for their delicious hamburgers, but also for great local beers, a pristine cocktail-list and a zealous open kitchen. A feast for the eyes, a party for the mouth and a rave for your recommended daily allowance.